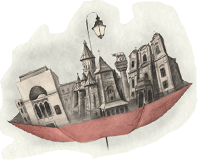 My Blog > Getting ready for Timișoara: what to watch / read

Getting ready for Timișoara: what to watch / read

In category Updates in Timişoara on January 6, 2017

Upon request, I have also put together a list of materials that you may find useful prior to your arrival or after having visited us and taken a tour. Let's call it a little visual aid mostly.
Where available, I have included the English and Spanish titles.

On history and legends:
Bram Stoker’s Dracula (1992) – director Francis Ford Coppola – probably the best screening of the book
Dracula (1931, black and white) – featuring Bela Lugosi (born close to Timisoara), first actor to ever play Dracula.
Closer to the Moon (2014) – beautiful movie on the second world war in Romania and Jews, drama, romance, comedy, all in one

Documentary films:
Chuck Norris vs.Communism (2015) (available in Romanian and German):
http://moknow.com/play.php?movie=tt2442080
(On the magic of film and the power it had to change lives during the communist era)
Pasaport de Germania (2014) in Romanian and German (En:Passport to Germany):
https://www.youtube.com/watch?v=DFT1m6jwT1w
(On the agreement between the Romanian Communist Government and the Gov.of the Federal Rep.of Germany to sell/buy the German ethnics living in Romania)
Children of the Decree (2005) in English (Ro: Decreteii):
https://www.youtube.com/watch?v=ZgZJ-IV8Et0
(On the decree that outlawed abortion during communism)

*The list may be improved, so feel free to contribute. Write to me at contact@timisoaratourguide.com
P.S. Nothing beats watching a Romanian comedy in a traditional countryside barn. Check out my day trip to Stanciova for more info:
http://www.timisoaratourguide.com/en/timisoara-city-tours

Planning Your Genealogy Trip to Romania